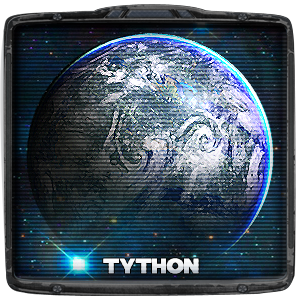 “Tython is beautiful and powerful, enigmatic and dangerous, filled with mysteries and open to those comfortable with the Force. It was here long, long before us, and these mysteries persisted with no eyes to see them, no minds to contemplate them. And that is why I fear Tython. It means everything to us, and yet we are nothing to it. We are merely passing through.”
―Je’daii recluse Ni’lander

Tython is a planet in the Tython system of the Deep Core that played a pivotal role in the histories of the Je’daii Order and its successor, the Jedi Order. A verdant world that was incredibly rich in the Force, Tython was inhabited by an unknown species hundreds of thousands of years before the rise of the Galactic Empire, and it was visited by both the Gree and Kwa, two of the earliest species to have achieved interstellar travel. In 36,453 BBY, the great pyramid ships known as the Tho Yor brought pilgrims from over a dozen species from across the galaxy to Tython, where the pilgrims learned to harness the Force and established the Je’daii Order, basing their philosophy of balance upon Tython’s two moons Ashla and Bogan. The Je’daii soon realized that Tython was unsafe for those who could not sense the Force, and as a result, the Tythans spread out to settle the other worlds of the Tython system.