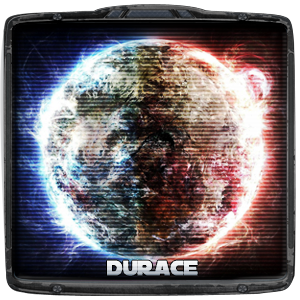 “To be honest I cannot wait until I am reassigned despite all the fascinating data we are collecting. There are times when I swear the planet is watching me. Waiting. Looking for a way to hurt me. It is the most unsettling feeling I have ever experienced.”
―Professor Ameet K’sona

Durace is a toxic, barren planet in a hostile region of space in the Unknown Regions. Although the atmosphere is breathable, Durace’s hostile weather made colonization difficult.

When first discovered by the Galactic Republic cruiser Galaaron during the Great Hyperspace War, Durace was a pleasant world. At some point though, a large-scale disaster ruined the planet.

Outpost 17 was constructed in orbit of the planet Durace, to allow scientists to study the world’s weather and topographical phenomena from a safe distance. It also served another purpose, as a supply port for scouts who were working in the Unknown Regions.