“The Chiss do not simply accept alien concepts without careful consideration. We certainly do not submit to domination. By anyone.”
―Thrawn

CURRENT ISSUE: How do you Know the Unknown?

FACE: Captain Varm’nus’armu
ASPECT: A Riddle Wrapped in a Mystery 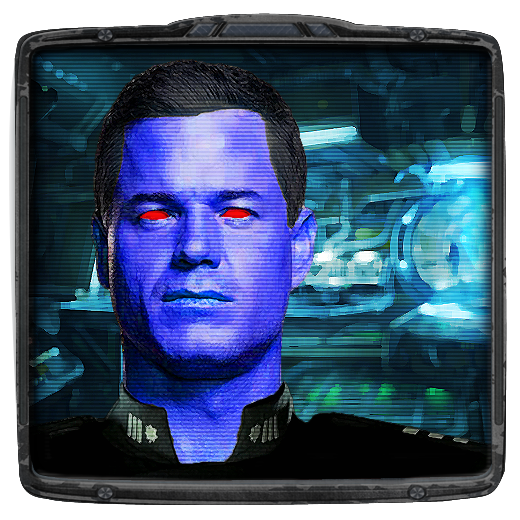 The Chiss are an insular species who command a vast domain in the Unknown Regions. So little is known of the Chiss that even the borders of the Chiss Ascendancy are yet to be determined. They are well known for their professional military and emphasis on intelligence and rational thinking making them a very dangerous opponent if their ire is roused. They have had ties in the past to the Empire but that relationship seems to have cooled since the death of the Emperor.

The Chiss are governed by an oligarchy of extended Ruling Families from House Palace, located in the city of Csaplar. Each clan with the families is headed by leaders known as Aristocra who wear particular colors to indicate their clan and family loyalties. Standard and day-to-day decisions are made by a democratically elected parliamentary body from each of the 28 colonies. Issues are siphoned up through the parliament to a cabinet of appointed governors, and then to the ruling families, where a decision made by the parliament and/or cabinet can be approved for action. Each of the extended ruling families is responsible for a set of government affairs to manage: House Sabosen is responsible for social issues such as justice, health, and education; House Inrokini is responsible for industry and science; House Csapla is responsible for colonial affairs, agriculture and redistribution of resources; and House Nuruodo is responsible for military and foreign affairs. The Csapla’s redistribution of resources amongst the Chiss colonies and Csilla is particularly important, given the collectivist-socialist economic system of the Chiss, and led to their relative position at the head of the families, with the others acting in an advisory role. House Nuruodo would be ranked as second, considering the importance of warfare on Chiss society.

Each family is equally represented in the Chiss government, although they go to great lengths to ensure that family identity is eliminated wherever possible. The leaders of the Chiss do not use names, but instead wear colorful robes to distinguish themselves. This helps ensure that decisions are reached in a fair and equitable method. Although the four extended ruling families are not known to face power struggles, five lesser clans often vie for greater authority and power, such as House Chaf, which is considered the fifth ruling family.

The vast financial holdings of the Chiss keeps their supply lines running and also provides them access to a number of independent shipyards which they used to keep their vessels on constant patrol. It is through such methods that the Chiss maintained a poacher base at the Etyyy hunting grounds on Kashyyyk.