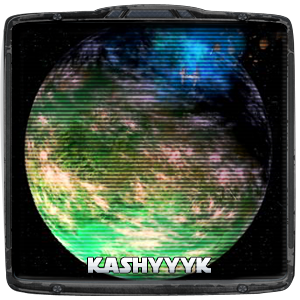 “Well, it has big trees, in case your eyes don’t work anymore.”
―Canderous Ordo to Revan

With no axial tilt and a perfectly circular orbit, Kashyyyk experienced one continuous season. It was composed of a molten metallic core, rocky mantle, and a silicate rock crust. The planet had four continents, making up 40% of the surface, which were mostly covered in lush, wroshyr tree-filled forests, which were several kilometers high. The planet did have a small amount of desert region in the rain-shadow of its small mountain ranges as well as large plains including the Woolwarricca region. A tropical ocean belt contained archipelagos and long coral reefs. In addition, a few sandy beaches could be found along the shores of its oceans. The Kashyyyk coastlines were lined with a brownish-white sand and thick grasses. Kashyyyk’s highest peak was Korrokrrayyo Mountain.

Much of the planet could be compared to a giant swamp—filled with wildlife and covered with wet soil and large amounts of water. The prevalent ecology could be politely described as a “layered deathtrap”, as the dangers presented by local wildlife increased as one descended toward the forest floor. According to Wookiee culture, this vertical environment consisted of seven levels. The bulk of Wookiee civilization was located on the uppermost seventh level, and even the bravest Wookiees rarely ventured below the fourth level. The ground level was known as the Shadowlands and, sometimes, the “notherworld”