“War is a temporary state, but struggle and change never end. The Legion of Light and its members are like all other Jedi, servants of the Republic. We are not despots or dictators, we are guardians of its people, its laws and its ways of life. Even if there is no physical enemy for the Jedi to face, there will always be struggle between Light and Dark. We face that struggle along with the rest of the Republic. It is our duty to help it along and hope that it chooses the Light…”
―Jedi General Tetreen, Second in Command of the Legion of Light

HIGH CONCEPT: HONORABLE TRANDOSHAN JEDI GENERAL
TROUBLE: A STEP BEHIND THE REST OF THE GALAXY

The granddaughter of Mercenaries working for the Separatists marooned there at the end of the Clone Wars, Jedi General Tetreen was born and raised on Tython during the sixty year peace between the Legion of Light and the Imperial Research Garrison stationed there. For her whole life Tetreen meditated and searched her feelings in the Force for how Tython could return to the Republic and what future the Jedi would have in it. Having no answers, Tetreen could only train, teach and study the ways of the Force and eventually rose to Second in Command of the Legion of Light.

Her meditations were delayed when the Empire retook Tython with a fresh batch of Stormtroopers. The assault forced the Jedi into hiding until Tetreen herself was also captured.

Her meditations were answered when she was rescued by a band of Allies sent by the Jedi Order to rediscover Tython.

As Second in Command of the Legion of Light, Tetreen has become one of the main voices in the power struggle among the Jedi Order and the Republic Senate. Although her Trandoshan Honor has made a resonable voice int he debate, her unfamiliarity witht he Republic Politics has made her struggles much much more difficult. 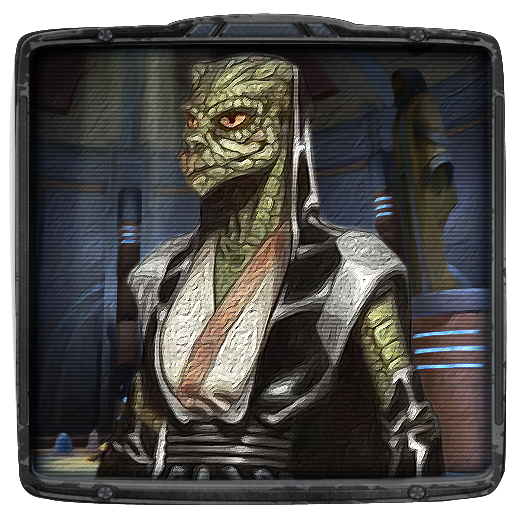