“You think Slavery is the only problem I have to deal with? Slavery is just a symptom. I fight the disease…My job isn’t to play politics or philosophy or even to ask ‘Why?’. My mission is to make a better Galaxy.”
― Captain Leena Argyus, Operative of the Republic Strategic Information Service

HIGH CONCEPT: Dedicated Republic SIS Operative turned Force Adept
TROUBLE: The Call of the Darkside Has Me in Too Deep

The SIS-Issue Sniper Rifle is the premier choice for solving problems from afar. A Sniper Rifle adds +2 to attacks on Sneaky Attacks.

Long thought dead by her brother, Leena Argyus appears to have been held in Hutt Space for the last 20 years. Nothing is known about her activities in that time except for the fact that there is a substantial bounty on her head for killing a Hutt.

In actuality, Leena spent five years as a slave traded around to various Hutts and Corporate Sector clients. She spent most of her time avoiding the worst parts of her masters’ company and learning to Slice until she managed to get a Medical Droid to remove her explosive implant and slave collar. As soon as she escaped, she was discovered and recruited by a member of the Republic Strategic Information Service and in a few years volunteered to be trained as an spy.

Leena trained harder and excelled faster than anyone in the SIS Academy’s history. Despite being in an agency understaffed, underfunded and poorly resourced, Leena Argyus developed a network all across the Galaxy. Her ability with technology allowed her to create a dozen flase idenities. But the nature prevented her from reuniting with her brother, Galen.

A recent mission that took her to a planet at the end of the Dragon Trail Hyperlane changed all of that. It awakened something buried in her. A power she didn’t think she had..the Force. She found herself overwhelemed by the Darkside and her anger took the life of Vargolla the Hutt, her contact keeping track of the Empire’s Special Project Unit 1138.

Since then Agent Argyus has found herself on the run and seemingly burned by some her former allies. 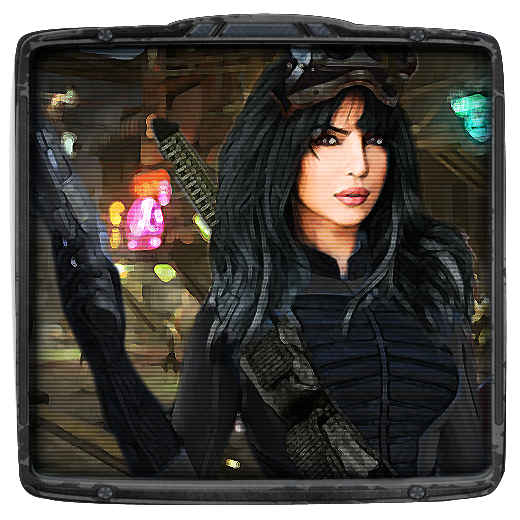