“Jedi never fought for Empire, for territory, for dominance — but many, many Jedi gave their lives for freedom. I would happily lay down my life for such a cause.”
―Jora Tarkin―

Gain a +2 bonus on attacks using Flashy while using a lightsaber.

To throw something one zone requires an Overcome Action with Forceful +2 to generate a number of shifts equal to 1 plus the weight factor of the target (a normal person (human, chiss, duros etc.) has a weight factor of 2, a jawa has a weight factor of 1, a wookie is 3). Each additional zone costs as much as the previous zone did plus one, so the cost increases dramatically over distance. If a target is suspended by another power such as Move Object then reduce their weight factor to 0. If a target hits an object before traveling the full distance they and the object they hit take damage equal to the remaining shifts left from the Force Throw action. Force users may counter this with their own defense action. Any shifts generated by the attacker are applied normally.

A Jedi may use Forceful at +2 to move heavier objects requiring a Fate point per turn of movement. The character makes an Overcome Forceful roll with opposition equal to the Size of an object (see Vehicles) while moving a sentient requires a Overcome action versus their resistance. They may move the object a number of areas equal to the a points of effort generated over that difficulty per exchange.

Jora Tarkin is the son of the famous Content Not Found: matthias-tarkin and was raised a loyal subject of the Empire. He loved his father deeply despite his constant absence. After all Jora understood that duty and sacrifice were more important than even family for powerful men. Jora’s mother was a dutiful wife and raised him and his siblings with tenderness that made up for any hole left in his childhood by his father’s responsibilities. He attended the Empire’s finest academies where he thrived becoming a loyal citizen of the Empire. All that changed when he was fourteen. The day he exhibited his affinity with the Force.

If he had done so in a quiet manner that would have been easily covered up there is little doubt that his father would have done so. But when an out of control airspeeder crashed into a skywalk during a Commission for the Preservation of the New Order rally there was little doubt that it was Jora Tarkin who prevented its collapse by using the Force.

He moved a beam from a nearby construction sight to reinforce the damaged structure saving hundreds of lives. Sadly for Jora the main cameras in the rally caught him Instinctively using the Force to save his fellows and broadcast it to the huge billboard sized screens for everyone to see as it happened. Even worse, the video went viral and within a day the entire sector knew that Jora Tarkin, son of the famous Moff was tainted with the Force.

Jora’s father loved him very much but he was being pressured politically to turn his beloved son over to Colonel Valarus’s Special Projects Unit. Seeing little recourse lest his political opponents roast him in the public eye Matthais Tarkin agreed to do it. Jora, despite being the sheltered son of a Moff, knew exactly what that would entail. He would live out the rest of his very short and painful life being experimented on in some secret lab on a distant planet. Stung by his father’s betrayal Jora fled Bastion and the Empire for New Republic space with his mother’s help. She had contacted Grand Master Skywalker himself to get her son to safety. Unfortunately, despite the Jedi’s efforts, she was shot and killed during the daring escape by his father’s own Guardsmen. Matthais never forgave his son for that tragedy. Master Skywalker agreed to teach the young man the ways of the Force and he studied at the Praxis on Yavin IV.

Aspect: Strives For Perfection Through Order 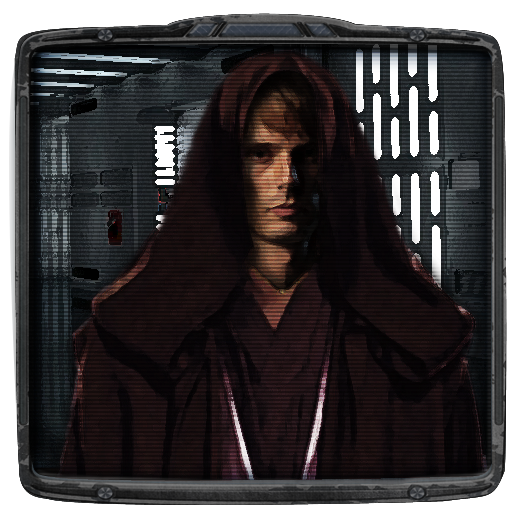