“You must realize there aren’t enough Jedi to protect the Republic. We’re keepers of the peace, not soldiers.”
-Mace Windu

Jaden gets a +2 to any Careful Overcome rolls when dealing with archaeology and ancient history.

Focus, Exceptional, Situational (only for Investigating a scene), Demanding (1 action)

The Force can often bring insight to those that are open to it. When searching or investigating a scene the character can make an intuitive leap and gain a +1 bonus to Overcome an obstacles like finding clues at a crime scene or searching a cluttered room for an item or learning a particular fact from a series of files. For every two shifts over the needed difficulty reduce the time it takes to find clues by one step on the time ladder.

A Jedi may use Careful, Flashy or Forceful (choose one when stunt is taken) at +2 to move heavier objects requiring a Fate point per turn of movement. The character makes an Overcome roll with opposition equal to the Size of an object (see Vehicles) while moving a sentient requires a Overcome action versus their resistance. They may move the object a number of areas equal to the a points of effort generated over that difficulty per exchange.

Discovered at the age of 12 on a minor agricultural planet, Jaden was surprised to learn he was related to a famous Jedi Master, and had the potential himself. Jaden tended to choose scholarly pursuits when he had the option, realizing from his childhood the great opportunity he had. It took the efforts of his Master, a noted wanderer to make him appreciate the greater galaxy around him.

Aspect: The Force Leads Me to Questions

Recognizing an old Jedi Starship being offered by salvagers, Jaden must race the greedy Corporate Sector Agents to recover the ship before lost Jedi information is lost. With the help of Cortree, he manages to get the ship away at the last moment, only to find that the Jedi Warrior, General Saberota survived on board, wounded and in cryosleep.

Aspect: The Legacy of Mace Windu

When Galen went off mission as part of a military assault in order to save slaves, Jaden saw, for the first time in his life a Shatterpoint in the defenses, and managed to save some of the assaulting force from destruction.

The Grand Heist with Mazer Val’Zian &

Aspect: Applying the knowledge of the Past.

Only Jaden could find the right historical records for Mazer to create counterfeits good enough to distract away the other galactic powers from a cache of important lost jedi artifacts, including his great uncles unique lightsaber. 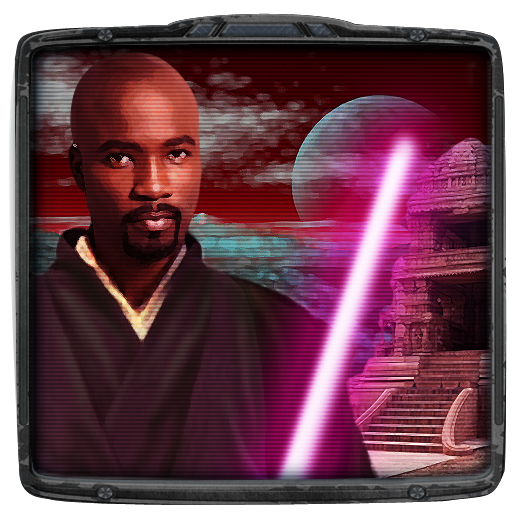