“I can remember a time before… before all of this. In the Old Republic I remember, Jedi Knights were not hermits or monks on the fringes of society. We were more than the Guardians of Peace and Justice. We were leaders and teachers setting an example for the rest of the Galaxy… guided not by politics or personal agenda but by the power of The Force.”
―Jedi General Gisaku Saberota―

Sturdy x2, Demanding x2 (To recover Cybernetics Stress requires an Overcome +4), Troubling (until Stress is recovered Cybernetics do not function, Troubling (Justifying the Healing of consequences requires a repair roll in addition to a standard medical roll)

Saberota’s cyborg body has the Aspect CYBORG SYSTEMS, which allows him to have a dramatically appropriate minor gadget that is within reason for the body to have built into it (at GM’s Discretion) such as a Grappling Hook, a Commlink, etc.

The cyborg body gives the General enhanced strength allowing him to do Weapon:1 damage in unarmed combat or when grappling a target. It also provides him a bonus of +2 when moving or lifting great weights.

The Cybernetics have two stress boxes but if they are used then the Cybernetic benefits are no longer available until they are repaired with an Overcome roll of +4. Healing any Consequences is more complicated for the Cyborg because it requires not only a medic’s attentions but also requires the services of a mechanic.

When invoking a situation aspect or environment-based advantage in a Forceful attack, you add +2 Weapon Rating to that attack.

Advantage Aspects related to Leadership and Command created by Saberota using Flashy can be invoked by Allies for a +3 instead of a +2.

When Succeeding With Style on a Defense roll using Flashy while wielding a Lightsaber against blaster attacks, deal 2 shifts of harm to whomever attacked you instead of taking a boost. 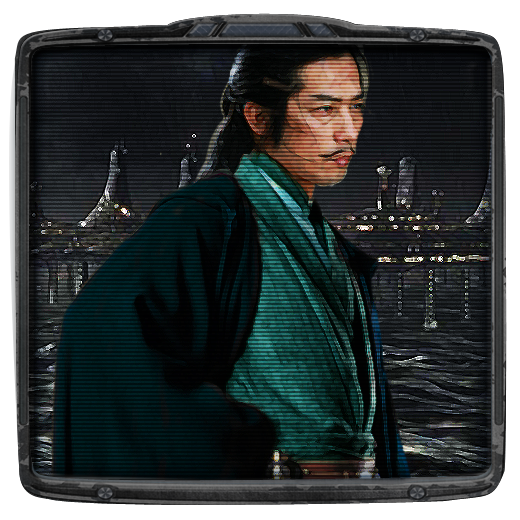 Gisaku Saberota was trained as a Jedi at the same time as Anakin Skywalker. As a native of Alderaan, he originally found the combat aspects of the Jedi Order distasteful. His opinion waned under the tutelage of Master Mace Windu as a youngling and from Master K’Kruhk as Padawan, when he discovered his talent with combat in lieu of his lack of talent with diplomacy But, he never felt at home fighting.

All of that changed when he accompanied reinforcements to Geonosis…

The first year of the war drove Gisaku to unlearn what he had learned to reforge himself into a soldier and survive when many of his fellow Jedi did not.

General Saberota’s mastery of the Lightsaber Form Juyo gave him both a ferocious fighting style and a calm exterior on and off the battlefield. The combination earned him a reputation for never being rattled no matter how bad the action got.

Gisaku dressed in the armor and symbols of the Republic Army he served in. He lived, trained, traveled and meditated exclusively with the 506th Clone Legion he commanded, treating them as fellow soldiers rather than disposable pawns.

He saw many places in both times of peace and times of conflict:. Telos, Taris, Lothal, Kashyyyk, Mandolore, Geonosis, Coruscant.

Late in the War, Gisaku found him self aiding the resistance movement on the occupied planet of Casandra’s Hope. His actions there would echo into history…

Gisaku was awaiting a tribunal with the Jedi High Council in the Jedi Library the day Order 66 was given and barely managed to escape the massacre with a small group of younger Jedi. During the escape, Gisaku was wounded in combat by Darth Vader himself and put into an Emergency Stasis Pod for Medical Treatment as his ship made a blind jump into Hyperspace…

…or at least that is what he remembers. It’s all fragments now.

A Century later, his ship was found by a group of Jedi Archaeologists and he awoke to find a Galaxy he didn’t recognize.

Now he searches for what happened to him and to see if anyone else in his unit survived the Jedi Purge the same way he had. He also struggles to reconnect to The Force as the time in stasis has weakened him considerably.

Recently, General Saberota was forced to testify before the Republic Senate’s Sub-Committee on Jedi Affairs

Gisaku Saberota was recently revived from a century in medically-induced cyrosleep. He is unlike the modern Jedi Order, coming from an Era where Jedi were highly involved in the daily business of the Republic and traditional ways of the Jedi.

Unlike Obi-Wan Kenobi’s talent for Deception, Anakin Skywalker’s bravado, or many other Jedi’s mysticism(which tended to confuse Republic Army, Gisaku became known for an orthodox military acumen fashioned after the Jedi Generals of the past he studied such as the legendary Revan, Meetra Surik the Jedi Exile, Lord Hoth and the Jedi Master Belth Allusis.

As a General, he brings to the modern Jedi Order a breath of experience and first-hand knowledge that would otherwise have been lost to Order 66.

As a result of his wounds and a century in Cyrosleep, Saberota’s body has been heavily augmented with cybernetic implants. The pains of the body he once knew continue to plague him as does the memories of the one who gave it to him… Darth Vader.

On the down side, Saberota’s connection to the Force has been severely weakened and he continues to undergo a spiritual rehabilitation.

On the upside, his new body affords him greater strength and toughness. And, thanks to the ingenuity of droid Cortree Tincove, “A Few Gadgets and such to give ya’ a little edge.”

Around the time of the Trade Federation’s blockade of Naboo, a group of Planetary Engineers began the long process of Planetary Engineering a long abandoned planet they called, CASANDRA’S HOPE. Devastated by some catastrophe during the time of the Old Republic, the planet had been written off on most star charts as simply, “Uninhabitable” and “Unsafe” despite an abundance of natural resources and a decent number of moons and nearby asteroids.

The budding world attracted seven million colonists. But, being close to several major Hyperspace Lanes, and forgotten by most of the galaxy, the planet became a prime target for the Separatists.

In the first years of the war, Techno Union Army General THELSAMAR CHESKA conquered the colony, took the entire population hostage as slave labor and converted the world’s factories into Droid Foundries. Eventually, General Cheska further automated the Foundries and turned the enslaved populace into nothing more than his personal manservants. As the war continued, the droids the world produced increased as did the stories of Cheska’s growing madness and the atrocities he committed upon the colonists.

In the last months of the war, General Saberota and his 506th Legion were tasked with liberating the world with the help of the local resistance.

The sheer number of battle droids the factories could produce combined with the fortified defensive positions on the surface of the planet and the cunning of General Cheska made the world impossible to liberate through conventional means. Diplomatic missions to the colony were all met with violence and even the local resistance became more radical the longer the occupation lasted.

After months without progress and all other options were exhausted, Gisaku and the resistance became desperate and acted.

In the days following the death of Count Dooku, the 506th used everything in their arsenal to free as many of the civilians as they could, filling their transports to capacity and secretly secured the rest in the catacombs and tunnels beneath the planet’s surface.

Then they altered the planet’s World Engines to create an Electromagnetic Pulse that would disable the droid forces on the surface long enough to turn the tide.

But, something went wrong with The World Engines and the EMP became a series of Ion Storms. The storms destroyed Cheska’s forces, but left millions dead, thousands turned into refugees and the world all but uninhabitable.

Gisaku was awaiting a Jedi Council Tribunal to decide his fate as well as the fate of the refugees he brought back with him just as Order 66 was handed down.

When a Colony Ship crashed into the planet, the New Jedi Council sent Gisaku, who brought with him Galen Argyus for his survival skills in impossible terrain and Mazer Val’Zian for his courage to help him finish what he started.

Using clever strategy, the trio managed to make their way through the wastelands and shut down the Central World Engines…and reactivated all of the Droids still inside of it. They fought their way out and come face to face with a presence that suggested there were more secrets beneath the planet…

Like so many Jedi Generals of his day, Gisaku tends to follow the Force and take the bold, risky plans than the safe bets that might not succeed.

When Content Not Found: jedi-archaelogist_ and _Content Not Found: cortree tracked down the location of a salvaged Jedi Ship, the Crucible, they barely managed to get it out of the hands of greedy Corporate Sector Authority Agents after the valuable information inside of it. Once inflight, they quickly discovered the ship’s true prize severely wounded and in medical cyrosleep: Gisaku Saberota, a Jedi General officially recorded as Killed in Action when his ship was lost a hundred years ago…

ASPECT: HERO AND VILLAIN OF THE CLONE WARS

Forged in the heart of the Clone Wars, General Gisaku Saberota led Clone Troopers to defend the Republic against the Separatists.

Today, General Saberota is a page of history. Because of the errors by Imperial Historians, Saberota has gained an amount of Infamy as cold, bloodthristy and savage.

Historians agree though on his military acumen and his dedication to the Republic.

The historical record has left him with a mixed legacy. On one hand there is tremendous amount of respect for his courage and skill and on the other he is remembered for his shortcomings. The pinnacle has been what Gisaku did to Casandra’s Hope, which left millions dead and the whole planet uninhabitable.

The weight of it all haunts him and continues to catch up with him.

When Content Not Found: cortree reactivated an Assassin Droid, it turned out it was programmed to track down and kill General Saberota!

Gisaku Saberota represents and old way of thinking about the Jedi Philosophy. He has a very hands-on approach, using his Jedi abilities and status to do as much good as he can at whatever the cost. 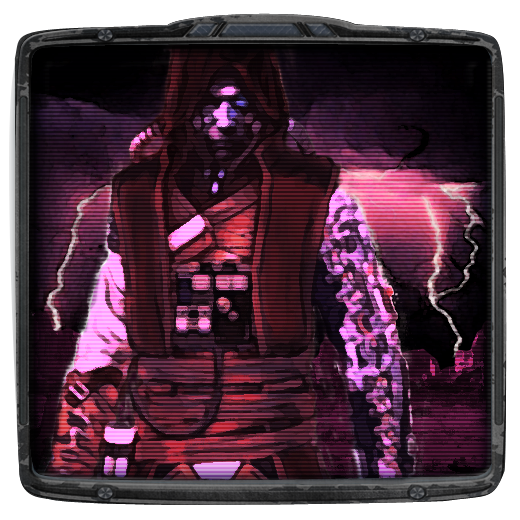