“The Republic will always be at war. The Jedi are its shield, mindful only of our duty. We are soldiers of Light, servants of the Republic, of its people, its laws, its form of government. We are instruments of freedom, justice and wisdom. To complete that mission, we must have actual authority. We must do what is right. We must follow the WIll of the Force….not the will of Committees.”
―Jedi General Jeris Balian

HIGH CONCEPT: AMBITIOUS JEDI COMMANDER OF THE LEGION OF LIGHT AND THE GUARDIAN FLEET
TROUBLE: POLITICS IS NO PLACE FOR A JEDI WITH AN AGENDA

Jedi Commander Caleb Balian was the padawan learner of Master Gelom Xalek, the scholarly Jedi Master in charge of studying the secrets of the Jedi Homeworld Tython and restoring the planet’s Jedi Temple. When the Empire occupied Tython, Caleb was force to become General Balian and refound the Order’s more militant path.

Jedi General Jeris Balian is the grandson of that legendary Jedi and the current Commander of the Legion of Light and the Guardian Fleet. Fully trained through Holocrons, training droids ad periodic action against Tython’s Inquisitor-led Imperial Garrison, Jeris fully embraces the role of soldier and protector of the Republic.

With an Army of Jedi and Reprogrammed Separatist Battle Droids at his back, General Balian seeks to earn as much political power for the Jedi Order as possible. But, Tython’s isolation has led to his ignorance of Galactic Politics. His ambitions for the Jedi Order’s continued growth is rooted in the Light Side of the Force, but it puts him at odds with the Republic he lives to serve.

His current Base of Operation is aboard the Allusis, a Super Star Destroyer once called the Merciless and now a flying Temple for a face of the Jedi Order not seen by the Republic for over a Thousand Years. 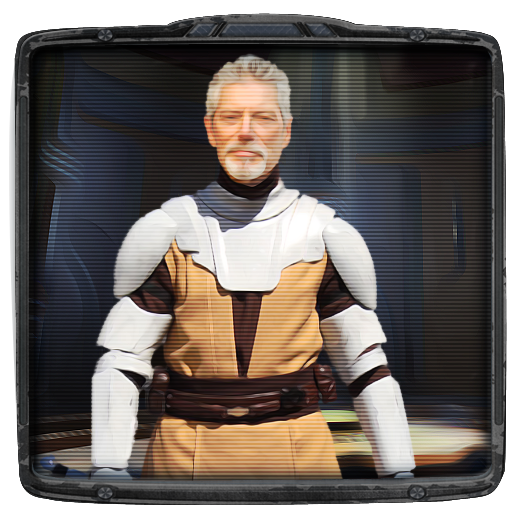