“There are three things any man’s oughtta have: a fast speeder, a good blaster, and a droid that’s got his back. Don’t matter if he ain’t got nothin’ else, ‘cause that’s all ya need to make your way in this galaxy.”
―Cortree Tincove―

High Concept: Fringer Tech Savant
Trouble: I Live By My Own Damn Rules

Heavy Blaster Pistols require greater upkeep as they have more limited ammunition and need regular maintenance or they malfunction. They provide a +1 bonus to attacks and do Weapon 1 Stress on successful attacks.

By keeping miscellaneous items on hand, you’re ready for any problem in the field. Once per scene, gain a +3 bonus on Clever rolls to create temporary Device assets, but the created assets cannot be converted into permanent ones by spending Refresh.

Mechu-deru was a rare Force power that allowed the user to sense the complex structures of technology, and allowed for intuitive understanding of how complicated structures, including machinery and circuitry, fit together. Some Jedi — especially Jedi tech experts — used this ability to strip down, and then rebuild and upgrade a vast variety of machinery, from blasters to hyperdrives. Gain a +2 to Overcome rolls using Clever when modifying or dealing with technology.

High Concept: Fringer Tech Savant
Trouble: I Live By My Own Damn Rules

Livin’ on the Fringe ain’t easy, especially when your family spent everything and lost it all before you were born. Grandpa never spoke much about it, but Pa remembered some – they were settlin’ on Casandra’s Hope a’fore the troubles began, and they cut ‘n ran when things got hot. Grandpa weren’t proud of it none, but the Tincoves were survivors, and there ain’t many others from Casandra that can claim the same.

Raxus Prime’s a hard world, but the pickings are nicer than one might expect when you got an eye for quality. It’s a junkyard, but it’s got some of the finest junk you’ll ever find, and anything’s fixable. All you need is a speeder to carry your haul, a blaster to defend your stake, and a droid to watch your back. You ain’t needin’ much else, really.

Sometimes, you find somethin’ on Raxus that’s a little better off than the rest of the junk around it. Maybe that speeder’s still got a workin’ engine, or this blaster’s just gotta get a new barrel. The droid I found looked somethin’ like that – cracked casing, shorted power supply, simple stuff any kid coulda fixed, but with an intact memory core. Was real swell those first few days, shootin’ the breeze with a livin’ piece o’ history. I shoulda known when it asked a question instead o’ answerin’ one, though I definitely knew when it stole my speeder in the middle the night. Then it shot up half the pubs in town lookin’ for Saberota, then it hijacked a ship, then shot down a patrol cruiser chasin’ after it. I went lookin’ for Jedi, hopin’ that they could send a warning to Saberota, and it turns out that droid was thinkin’ the same thing. I found Galen Argyus, and we caught up with Saberota… and the droid that was followin’ caught up with us. The fight weren’t quick nor easy, and afterwards Saberota pulls me aside to tell me: Yer a Jedi, Cortree, and the galaxy needs ya. I never asked for it, but that droid is still out there, and I aim to fix it for good.

Everyone knows Raxus is where droids go to die. Sometimes, they bring a ship or two with ‘em. From cargo lifters to Star Destroyers, you name it, we got it. They’re hard to move though, so most times if someone finds somethin’ interesting they put out a word, see if anyone bites. This time it’s an old Jedi cruiser, nothin’ too fancy, but one of them Jedi comes to me for help. That ship’s got info about somethin’ important, says Jaden Windu, and he needs my help. Normally I ain’t one to mess with another man’s claim, but when CorpSec steals my droids for their dig, I aim to get even. Plan was simple: we get in, we get that ship running, and we fly on outta there with everything: ship, info, droids, you name it. And so we did, and we got a little extra outta it too: some Jedi General that was iced for about a hunnerd years. Gisaku Saberota. 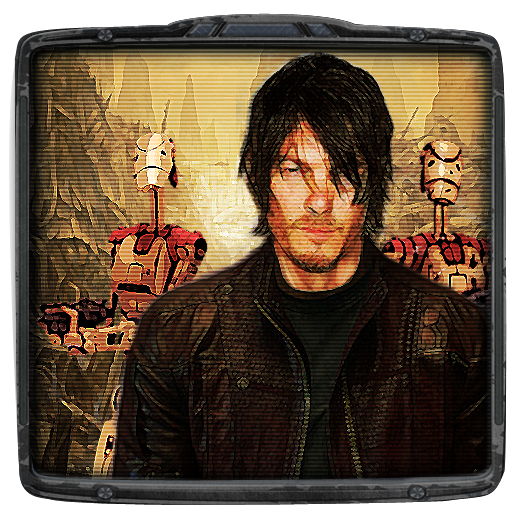