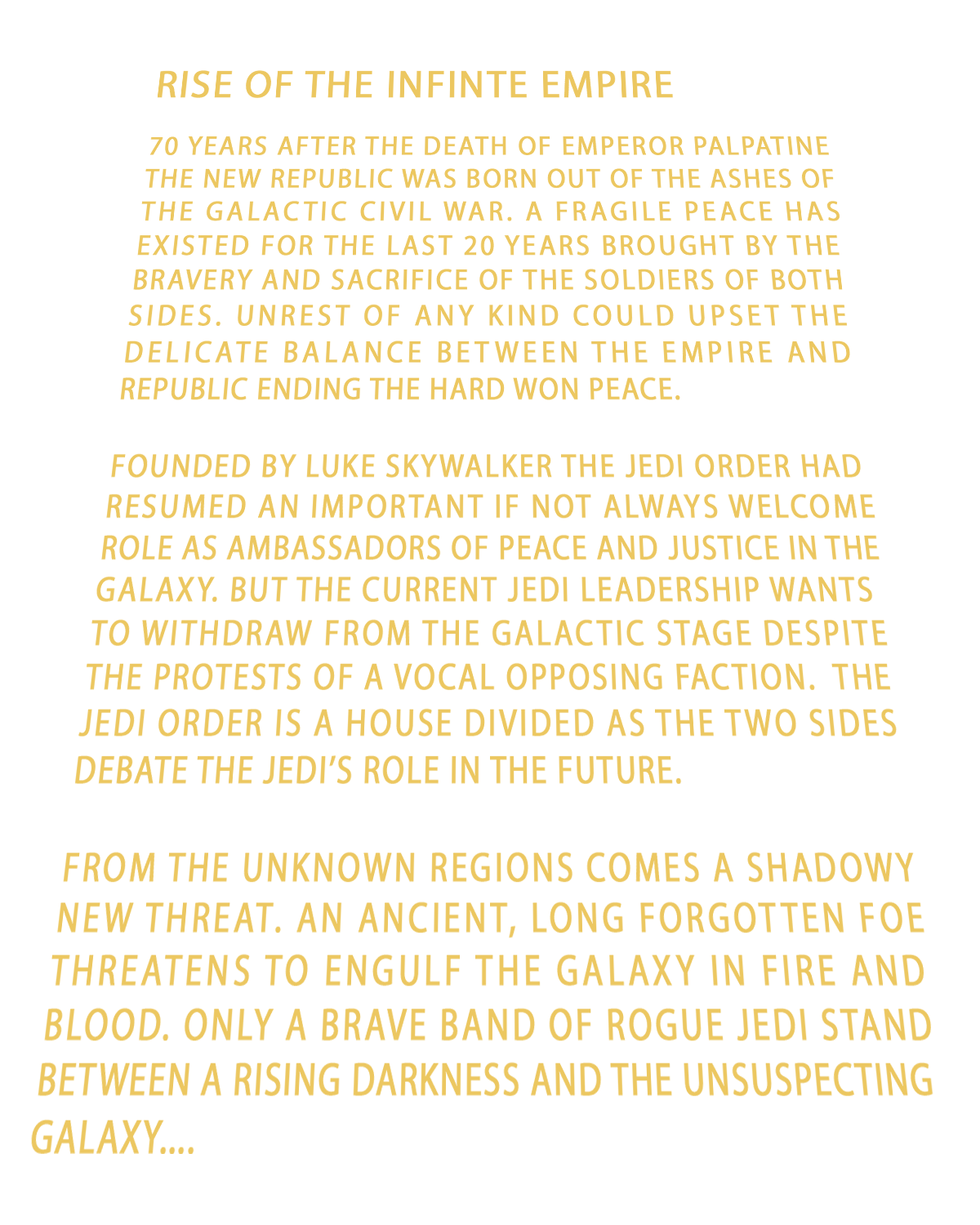 We originally started this campaign using Fate Core but decided as a group to switch to Fate Accelerated. Visit the Fate of the Jedi Site to see that version of our game. 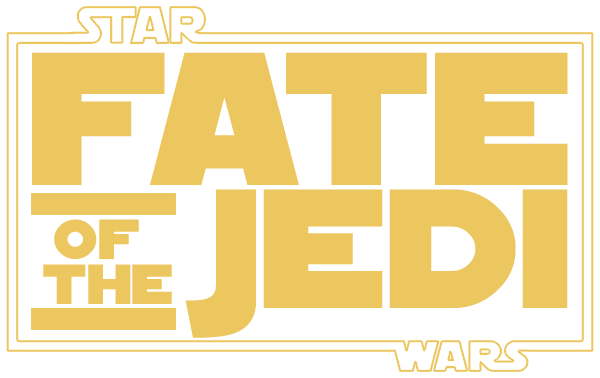 The Evil Hat Games © 2012 edition of FATE Accelerated! which uses the FATE system, a Fudge variant developed by Evil Hat Productions provides the bulk of the rules.

The Allies & Droids, Weapons & Equipment, Lightsaber Fighting Forms and Force Techniques were all created using the rules presented in the excellent Jadepunk game. I highly recommend reading that book for the full Asset rules and the great setting. 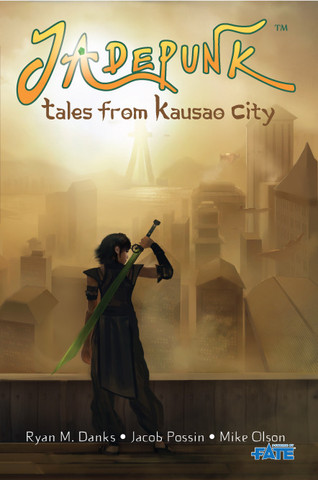 Force rules were originally developed for Fate Core by David Silberstein and can be found in the Google Plus FATE Core Group along with ideas created by Ryan M. Danks. They provided many of the ideas that were adapted for this site. Additional inspiration came from the excellent Star Wars: Ten Thousand Suns website.

Many of the codex entries come from Wookiepedia modified by the group to put our own stamp on the Galaxy.

Much of the imagery is from screen captures from the games, movies, comics, cartoons and the various art books found on Google many of which were heavily modified by myself in Photoshop. These images are Copyright © 2015 Lucasfilm LLC. © ™ except where noted. In general they are used without permission claiming fair use: parody/pastiche. This is a non-profit site, with no challenge real or intended to legally held copyrights. Please contact HumAnnoyd if you would like your image removed or if you prefer different attribution.

how can i join?

Thanks, Twiggyleaf! It has been a wild ride so far that is certain. To use the vernacular, the Force has been with us. :D

Congratulations to you and all your team on winning COTM! I loved reading the interview and you guys are so obviously having a gas!

Keep doing so, and “don’t stop till you get enough!”

Congrats on the CotM!!